Join us for Game Nights in the Beehive:

Above and Below is a mashup of town-building and storytelling where you and up to three friends compete to build the best village above and below ground.

Axis & Allies is a series of World War II strategy board games, revered by history buffs and strategy game enthusiast worldwide. This family of games takes you back to the front lines for some of the most memorable battles of all time.

Battle Line is a two-player card game built around the theme of warfare during the age of Alexander the Great.

Bill and Ted's Excellent Board Game

Collect personages of historical significance in order to pass your oral history report. But beware! Every time you bag someone, the phone booth breaks most-heinously, and your adventure through time will take a most serious turn!

Inspired by classic video games, Boss Monster challenges you to become a villain, build a dungeon, lure adventurers, and destroy them!

Inspired by the medieval fortress in southern France of the same name, Carccassonne is a tile-laying game in which players fill in the countryside around the fortified city.

Picture yourself in the era of discoveries: after a long voyage of great deprivation, your ships have finally reached the coast of an uncharted island. Its name shall be Catan! But you are not the only discoverer. Other fearless seafarers have also landed on the shores of Catan: the race to settle the island has begun!

Dominant Species is a game that abstractly recreates a tiny portion of ancient history: the ponderous encroachment of an ice age and what that entails for the living creatures trying to adapt to the slowly-changing earth.

You want a Dominion!  In all directions lie fiefs, freeholds, and feodums. All are small bits of land, controlled by petty lords and verging on anarchy. You will bring civilization to these people, uniting them under your banner.

A traditional tile game played in many cultures worldwide.

In Ex Libris, you are a collector of rare and valuable books in a thriving fantasy town. The Mayor has just announced a new seat in the Village Council, Grand Librarian. The prestigious and lucrative position will be awarded to the citizen with the most extraordinary library!

Fastrack is a disc-shooting speed game filled with non-stop thrills and sporty action. Aim carefully but be fast or you’ll be bombarded by your opponent’s zooming discs. Ride the fine line between fast speed and accuracy to win!

For Crown and Kingdom

The king lies weakened on his deathbed. His Majesty has but days to live, and has failed to produce an heir. Any of the local barons could be next in line, as long as they are able to gain the approval of the people.

Give Me The Brain

Welcome to Friedey’s, the Fast Food Restaurant of the Damned. You and your coworkers are zombies with lots of chores to finish, but only one brain to pass around. To win, you must finish your work, and empty your hand. But to do that, you’ll probably need to get your hands on the brain.

Your memory is tested as you try to remember which color one of your larger pieces is covering before you move it. As soon as a player has four like-colored pieces in a row, he wins.

Kill the zombies! Infect the humans! Eliminate all of your opponents and win!

Lord of the Fries

Welcome back to Friedey’s: Fast Food Restaurant of the Damned! It’s pretty hard to get anything done around here, since everyone is dead. But don’t let that worry you. As strange as it sounds, the dead can still assemble combo meals.

You are either Meow, or Not Meow. An eloquent game of deception, fun for all!

Go down in the dungeon. Kill everything you meet. Backstab your friends and steal their stuff. Grab the treasure and run.  Munchkin is the mega-hit card game about dungeon adventure.

In Munchkin Apocalypse, every possible natural (and unnatural) disaster has happened . . . or will happen during the game. You are a rugged survivor in a world full of people -- and things -- that want to kill you and take your stuff. So do it to them first!

Munchkin Cthulhu is a stand-alone game that lampoons Lovecraft's Mythos and the horror gaming that surrounds it.

During the medieval goings-on around Orléans, you must assemble a following of farmers, merchants, knights, monks, etc. to gain supremacy through trade, construction and science in medieval France.

Pairs is a simple press-your-luck game. Players take turns taking cards, trying not to get a pair.

As skilled members of a disease-fighting team, you and the other players work together to keep the world safe from outbreaks and epidemics. Only through teamwork will you have a chance to find a cure.

In the game Ponzi Scheme, players are scammers trying to trick investors into funding fraudulent investments with the promise of extremely high returns.

Qwirkle is a simple game of matching colors and shapes that requires tactical maneuvers, quick-thinking and a well-planned strategy.

This exciting game is filled with betrayal, alliances, and surprise attacks. On the battlefield, anything goes! Defeat all of the enemy troops in a territory to conquer that territory and get one step closer to global conquest!

Stuff and Nonsense is a game of low adventure, featuring a cadre of would-be explorers who never actually leave home. You’ll wander the outskirts of London, collecting evidence of your imaginary journey, then return to the Adventurer’s Club to spin your web of lies.

In Tak, players attempt to make a road of their pieces connecting two opposite sides of the board.

Ticket to Ride is a cross-country train adventure where players collect cards of various types of train cars that enable them to claim railway routes connecting cities in various countries around the world.

You have discovered two problems with a common solution: mad cows in England, and unexploded bombs in France. In Unexploded Cow you play a savvy entrepreneur who wants to help solve the world’s problems, by blowing up lots of cows.

Unknown Armies is a horror game set in an alternate version of our world where magick is real. The world is caught in a power struggle between members of the Invisible Clergy — a group of beings so dedicated to certain attributes that they become archetypes of them.

With four different activities, a fast-paced play dynamic, and crazy twists, Zigity lives up to the fun that people have come to expect from Cranium.

The Art of Magic: Ars Magica 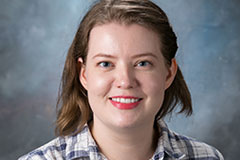